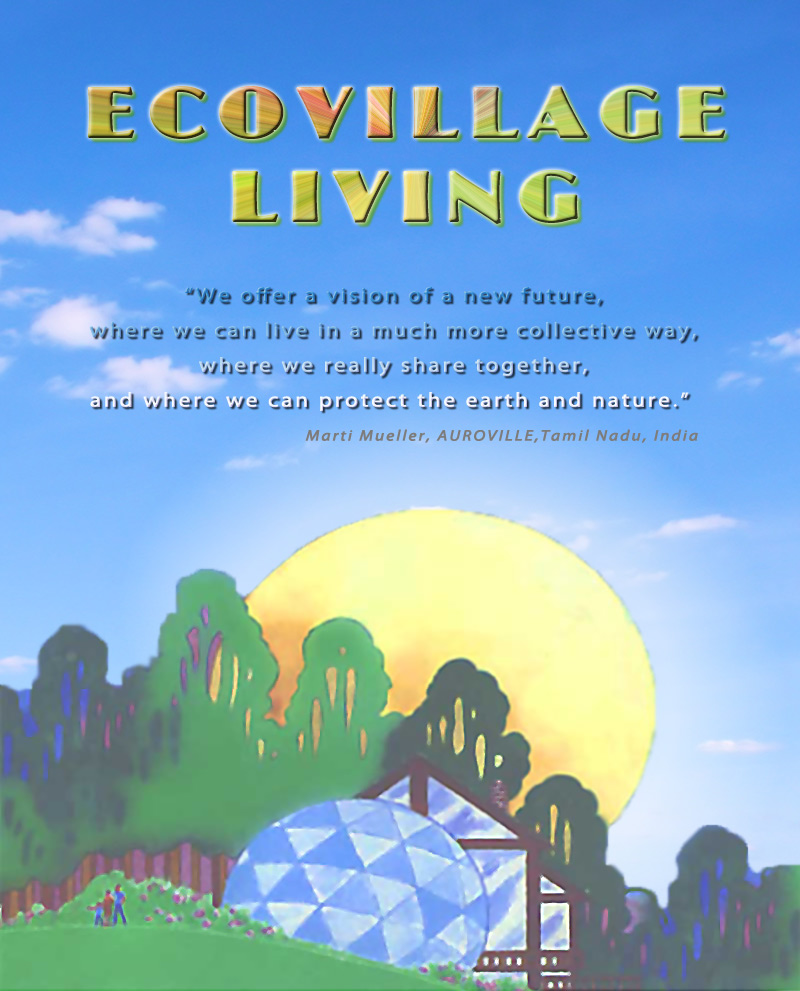 Meet residents of the best-known real world utopias from across the globe.  These model sites are testing out renewable energy, organic farming, and conflict resolution methodologies which have wide-ranging value for mainstream community development. They could inspire you to find or found your own dream town!

Originators of the sustainable group living movement tell their stories.  Ross and Hildur Jackson raised their children with five other families in a Danish cooperative housing setting.  They then sought out various larger groups conducting themselves in harmony with nature and each other.  The Global Ecovillage Network now links them all together.

Members from the best known centers, Findhorn in Scotland, The Farm in Tennessee, and Auroville in India, among others, show how their local societies incorporate ecology, community, spirituality, and socially responsible businesses.
(41 mins.)

FINDHORN – John Talbott
Forres, Scotland
“I feel it’s possible to have a life that’s personally more fulfilling, that is benign to our natural world, and that creates a real sense of community and meaning, for all the people of the planet.”

THE FARM – Albert Bates
Summertown, Tennessee
“I was attracted to the idea of simplicity, voluntary simplicity.  We hope to establish the ecovillage as a paradigm, as a way to live.”

LEBENSGARTEN – Declan Kennedy
Lebensgarten
Steyerberg, Germany
“Coming into this community , my wife and I had a rejuvenation process.  It’s so much easier than being in isolation.  I needed to get my creativity going again, and I got that in an ecovillage.”

CRYSTAL WATERS – Max Lindegger
Crystal Waters
Queensland, Australia
“Ecovillages can give people a sense of belonging.  We can establish a culture, a place we can start putting our roots down again.  That’s what it has done for me.”

AUROVILLE – Marti Mueller
Auroville
Tamil Nadu, India
“We offer a vision of a new future, where we can live in a much more collective way, where we really share together, and where we can protect the earth and nature.”